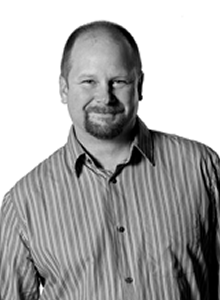 I built my first website in 1993 after working as a graphic designer with the team that went on to start Netscape Communications – the world’s first commercial web browser – back when it was still called Mosiac. I still have a floppy disk with the beta and a hack for using it with AOL.

Since then I have spent the majority of my professional career designing and developing websites, on-line applications, mobile interfaces and all forms of interactive communications channels for the advertising, automotive, healthcare and software industries.

In the last few years I have worked at Strive Creative as Front End Developer and most recently at RIIS LLC as a contractor assigned to Verizon NBI as a UI/UX and product development consultant focusing on designing cutting edge technology for the next generation of IoT devices.

Graduate of the Wayne State University School of Fine and Performing Arts.

Adjunct Professor at the College for Creative Studies in Detroit from 2005-2014.